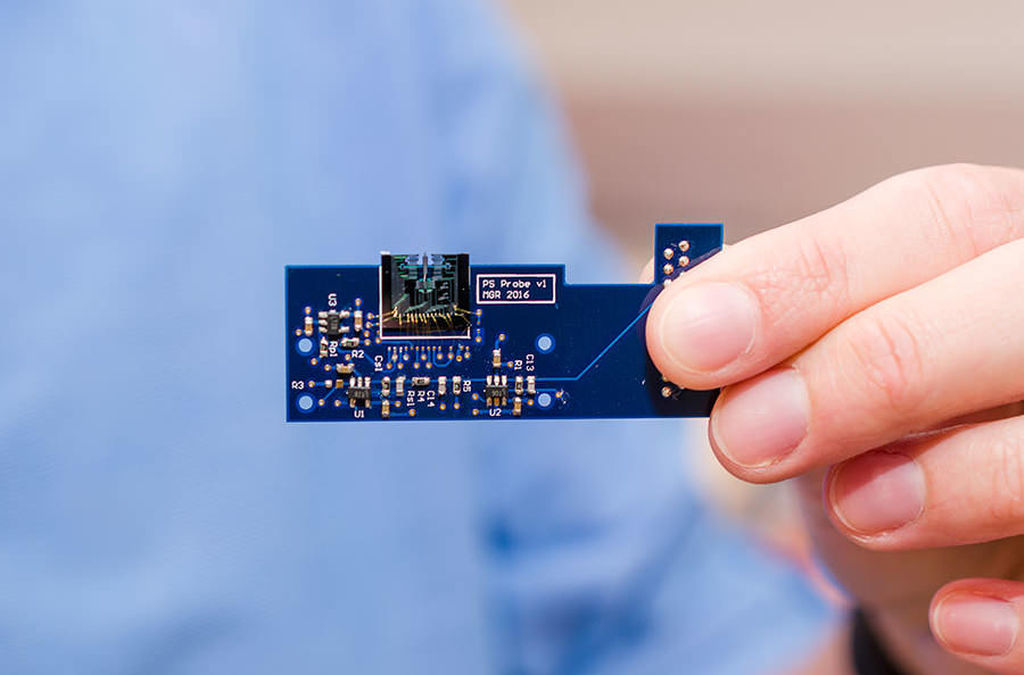 Recently a group of researchers have created a powerful atomic force microscope on a single chip, shrinking the size of the powerful invention to the size of a coin.

However, an atomic force microscope (AFM) is, in its standard form, a very cumbersome and also quite voluminous instrument with multiple control systems as well as electronic components and complex amplifiers.

The team of scientists Reza Moheimani and Anthony Fowler, of the University of Texas specifically in the city of Dallas, has managed to “miniaturize” all electromechanical components that make up an atomic microscope to the incredible size of a small, a coin.

This is a classic example of MEMS technology and we have in accelerometers and also in gyroscopes, just as it is present in smartphones. They used to be very large and super expensive mechanical devices, but using MEMS technology the accelerometers have shrunk to just a single chip, which can be manufactured for only a few dollars a piece.

This very interesting AFM based MEMS has an area of ​​about one square centimeter, in other words, it is the size of a small coin. It is attached to a small printed circuit, which is half the size of a common credit card, which contains all the circuitry, sensors and other miniaturized components that control all movement and other aspects of the apparatus in question.

Since the famous conventional AFMs require laser technology and other large components to operate, their use may be somewhat limited by being very but very little portable, as well as the price that is super high. On this last point, a version for educational uses can cost something like about $ 30,000 or $ 40,000 dollars, and a more specialized AFM, say for laboratories can exceed the astonishing $ 500,000 dollars.

Undoubtedly, just as with cell phones and computers , whose first versions were big, expensive and expensive, and then they could be carried in the pocket, that is exactly what is happening with the AFMs, which will pass from Be giant solutions to the diminutive size of a coin, not forgetting that its cost will decrease drastically and its manufacture will be much easier to handle.