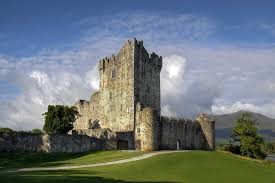 A visit to Ireland is a truly magical experience. With vast amounts of stunning scenery and rugged landscape to explore, you will return over and over again as you fall in love with this beautiful land.

One of the places that is much loved by locals and visitors alike is Killarney national park. The oldest national park in Ireland, you will find it adjacent to the town of Killarney in County Kerry, which  is a good place to stay when exploring the local area, and has many places where you can enjoy a traditional Guinness by night too! Remember Ireland is famous for its unpredictable weather, and can get chilly even in the summer months, so pack mens aran sweaters from https://www.shamrockgift.com/aran-sweaters/mens-aran-sweaters to keep you cosy on your trip! 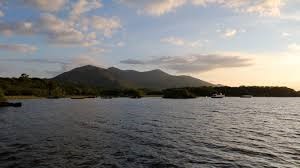 One of the main attractions in the Killarney national park is Ross Castle. Dating back to the 15th Century, the castle has a long and interesting history, and is great place to visit while walking in the park or the ring of Kerry – Irelands longest and also the oldest walking route.

You will find Ross castle tucked on the shore of Lough Leane, one of the parks three great lakes. Shortly after the castle was built it changed hands from O Donoghue Mor to MacCarthy Mor due to the Desmond rebellion. After this the castle, and the land which is now Killarney national park was handed to Sir Valentine Browne.

Because of his relationship with King James, who was King of England at the time, the castle, which was amongst the last of the Irish castles to surrender to Cromwell, Browne was exiled and the castle was used as a military barracks. It is said that the ghost of O Donoghue still patrols the castle grounds on his white horse.