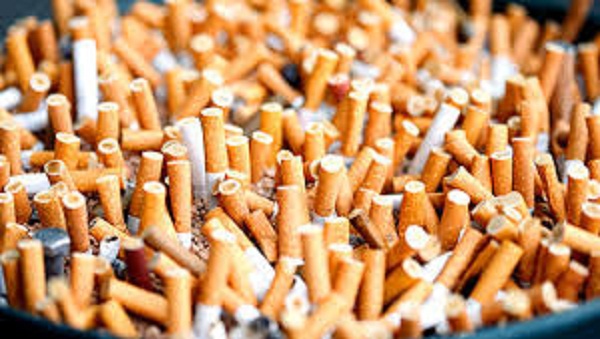 The World Health Organization has come to snuff qualify as one of the greatest threats to public health that has ever had to face the world. Africa Lopez, physician of Sports Council discussed about the damage that smoking causes to smokers who often kills an early stage.

WHO indicates that the snuff kills each year nearly 6 million people and it is true that increasingly health measures to end this evil are taken, the percentages of smokers remain high.

According to Lopez Africa, consumption of snuff is considered the first of the 4 major risk factors for our health. To snuff followed by alcohol, unhealthy diets and lack of physical activity.

Dr. refers to snuff -following the latest report of the OMS- as an epidemic.

Almost everyone knows that the snuff is harmful, but in the consultations shows that certainly does not know how he does, to what extent and in what amount of dose.

Lopez explained that “it is thought that if little smoke is not harmful and also if patients have had a grandparent who has smoked all his life and has been beautifully that means it will not be so bad.” This is a serious error.

The reason why the snuff kills early is because it “has about 5,000 harmful products of

It adds that 50 of these compounds are carcinogenic to humans “as benzene, tar or nicotine”.

Lopez makes a special call attention to the case of nicotine, “because it is an addictive product that acts on the central nervous system.” This action causes excessive consumption of the product that has made WHO considers it as a drug.

Smokers end up suffering physical and psychological dependence leading to the syndrome of abstinence.

A “very worrying” fact is that “most people who smoke snuff today began to do so during adolescence; Worldwide, 1 in 10 teenage boys between 13 and 15 years consume snuff; in some regions these figures soar.”

Africa Lopez stresses that a single cigarette we smoke and blood pressure rises and heart and respiratory rates increase.

The big problem arises when the consumption of snuff is chronically because “the body acts differently and begins to add other factors that will harm the health and even reduce athletic performance.”

Cancer and other diseases related

The snuff regarding cancer has been studied enough because it affects a huge extent and causes many deaths.

Africa Lopez notes that “85% of current cancers are caused by the administration or intake of snuff and mainly tar”.

And the tar is one of the substances that are placed on cigarette coverage and allows not turn off.

In addition to cancer, there is another series of diseases directly related to the consumption of “very serious” snuff as myocardial infarction, angina pectoris and stroke .

Not to neglect must either passive smokers because well as described above, most of the harmful products found in smoke.

It has also been shown that “pregnant women who are related to the snuff tend to have children who are born underweight,” says the doctor.