The country of Gloucestershire has provided many films and tv shows with the perfect setting for its locations. Being so blessed with rural landscapes and picturesque market towns that date back to the mediaeval age and earlier Gloucestershire is an attractive option for many location scouts and directors looking for that perfect setting to their film production. It’s also helped by being a great place to live as well. You only have to look at the Park Homes Gloucester option to see what we mean. Here are some of the many Gloucestershire locations that have been made famous on film and tv screen. 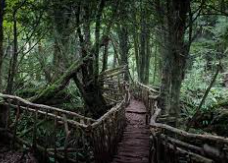