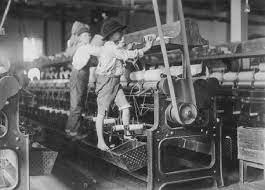 As we start to tackle the climate crisis, we realise that we are going to have to make big changes to our lives. Going through a big period of change as a society is an exciting time – the last time that society changed a lot was during the Victorian era and the Industrial revolution. Although there were many negative things that came from that there were also many positive changes made in society from that too. Here are just some of the things that changed a lot during the Industrial Revolution…

The Victorians were the first generation to start enjoying holidays. Going to the seaside was something that became hugely popular with the people of Victorian Britain and many of the buildings that we see at the seaside towns in Britain today were built during the Victorian era. The reason that this became popular was the desire to enjoy the fun and sunshine of the beach but also because travel had suddenly become a lot easier. The steam train changed travel for people, making journeys that would have taken days by coach and horses only take a matter of hours by train. Travel also made the industrial revolution possible, as products could be moved quickly around the country via train or of course the extensive canal network in Britain. 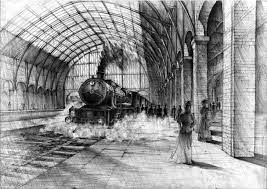 Because manufacturers were coming up with new products the businesses became more competitive and to get the attention of the consumer, it was important to come up with new ways to do it. Some early adverts for Pear’s soap were some of the first modern advertisements – shown in newspapers and on billboards in city centres. These were the forefathers of modern-day businesses like marketing strategy consultants Really Helpful Marketing. The way that we use marketing and advertising today started with the Victorians during the industrial revolution.

Because of the way that people lived was changing enormously – more people were living in the cities and towns rather than rurally, as making a living from the land was no longer the only way to earn money. As conditions were poor in many factories, employers started to realise that they needed to listen to workers and make sure that their needs were met. This was a time of social revolution and as well as workers rights women’s rights started to improve too, and the right to vote was a movement started during this time.

Because of the move into the cities, conditions were often less than sanitary. This meant that illness would spread around quickly and problems like cholera were widespread in cities. This led to the building of sanitary sewerage systems as well as better healthcare and new medicines. Hospitals and ambulances were also improved during this time which was the foundation for the modern health services that we know today.