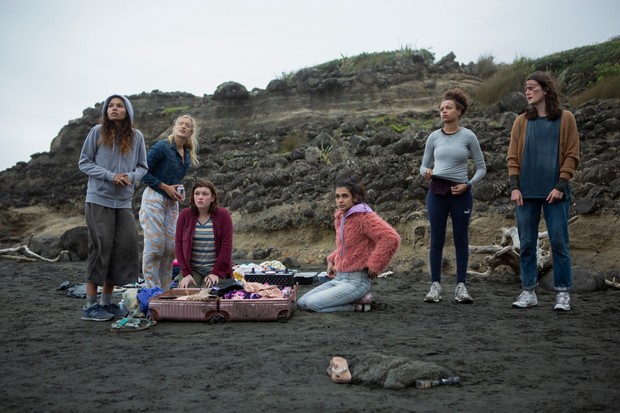 The Wilds is the new Amazon Prime teen series that few talk about, but everyone should know about. And if you already saw it, you are surely wondering, will there be the wilds season 2? In this post, we will answer this question and tell you all we know about this new installment. Read on and know the answer!

When is The wilds season 2?

Although the series is not as popular as it should (compared to some Netflix productions), it had a good reception from the audience, which led to a rapid renewal. Continue reading: 4 Movies like Pride and Prejudice that Netflix offers you

And although the exact date of the premiere of the second season of The Wilds has not yet been confirmed, certain details have been revealed about the new cast, so it is to be assumed that the recordings are already underway.

Knowing this, we can deduce that once the recordings are finished, season 2 of The Wilds will be ready to be released between the end of 2021 and the beginning of 2022.

The plot revolves around a group of girls who, on their way to a female retreat, suffer a plane crash and end up trapped on a desert island. Despite their radical differences, they will try to join forces to survive, but as the days go by, they will discover that in reality, their “accident” is part of a twisted social experiment.

The Wilds is an Amazon Prime Video original youth drama series that premiered on December 11, 2020. It currently has a single season consisting of 10 chapters.

What will we see in season 2 of the Wilds?

As we mentioned earlier, some details on Season 2 of The Wilds have been revealed by Prime Video. Among them and the most relevant is the new cast that will come to take over this second installment.

In the season one finale, we got to see Leah in what seemed like a dead end escape, but it turned out to be a room with cameras where she discovered that the experiment that she and the girls had been part of was not the only one. More specifically, what they gave us to understand is that there is another experiment, another desert island and another group of “guinea pigs” that, in this case, would be boys.

Since then, we saw that there would be a big change for season 2 of The Wild s. However, all the fans were anxious for some sign that would confirm our suspicions and Amazon decided to give us more than that.

And it is that several months ago, the new cast of the new installment was confirmed, and as we expected, they are male. Let’s start by getting to know the new cast of The Wilds. Below we leave you a table with the names of the actors and the characters that each one of them will play.

The personalities of each of the new members have also been revealed, which will help us to give us an idea of ​​the role that these new cast members will play in The Wilds season 2. We will describe them below:

Rafael García: Rafael is the first boy on the list, with a fairly calm personality. He lives in Tijuana, from where he apparently originates but studies in San Diego. This has prevented him from forming a character for which he relies most of the time on people more temperamental and charismatic than him.

Henry Tanaka: Henry is Seth’s stepbrother with whom he has nothing in common. He is a withdrawn and not very sociable boy who prefers to take refuge in his music and avoid social contact at all costs.

Josh Herbert: Josh is a boy from a wealthy and well behaved family, being the black sheep of the family. He is clumsy, very sociable and a bit hypochondriac.

Kirin O’Conner: Kirin is a demanding athlete and little patient. Tolerance is not one of his virtues. Does he remind you of any other character (Rachel) * cough cough *.

Ivan Taylor: Ivan is a passionate fashion-loving playwright who is quite honest and intelligent, which seems to have played against him at times.

Scotty Simmns: Scotty is the group’s teenage entrepreneurial entrepreneur. With great aspirations and a great personality, he seems to be the most outgoing of all.

Bo Leonard: Bo is Scotty’s best friend. He is a loyal and optimistic friend. His loyalty to Scotty is so great that he is willing to sacrifice anything for him.

Seth Novak: Seth is the last on the list, a leader by nature, charismatic and with a good sense of humor, which earns him the respect of others, except his stepbrother, Henry.

On the other hand, it has been confirmed that all the girls will remain from the cast that we already know: Sophia Ali, Shannon Berry, Jenna Clause, Mia Healey, Helena Howard and Sarah Pidgeon.

With everything we have mentioned above, we imagine that you already have an idea of ​​what this 2 season of The Wilds brings, what if? However, much was left pending in the first installment that will very surely have the resolution in the plot of the second season.

Starting with, what will happen to Leah? Will it escape or be discovered? and if so, will he be punished in any way? On the other hand, we are left with the tragic scene of Rachel being stalked by a shark and Nora running to help her. Is this the reason why she lost her hand?

And as for Nora, since we never saw her being interviewed in the scenes of the future, did she die in that tragic accident? The fact that the actress has been confirmed for the cast of season 2 of The Wilds makes us think that no, but it could easily be her appearance in her sister’s flashbacks.

On the other hand, we saw Shelby with a drastic change of look and personality in the future. What led her to that? And will your relationship with Toni have a future? And not to mention what still needs to be developed with the rest of the girls.

It will be difficult to see how they handle three plots in the same season, given that there are no ends to tie in the events of the island, as well as in the future and a new story to develop with the male cast.

But we trust that Amazon Prime will know how to handle it (contrary to what Netflix has done with some of its productions, such as Elite, for example).

Tell us in the comments what your theories are about these 2 season of The Wilds.