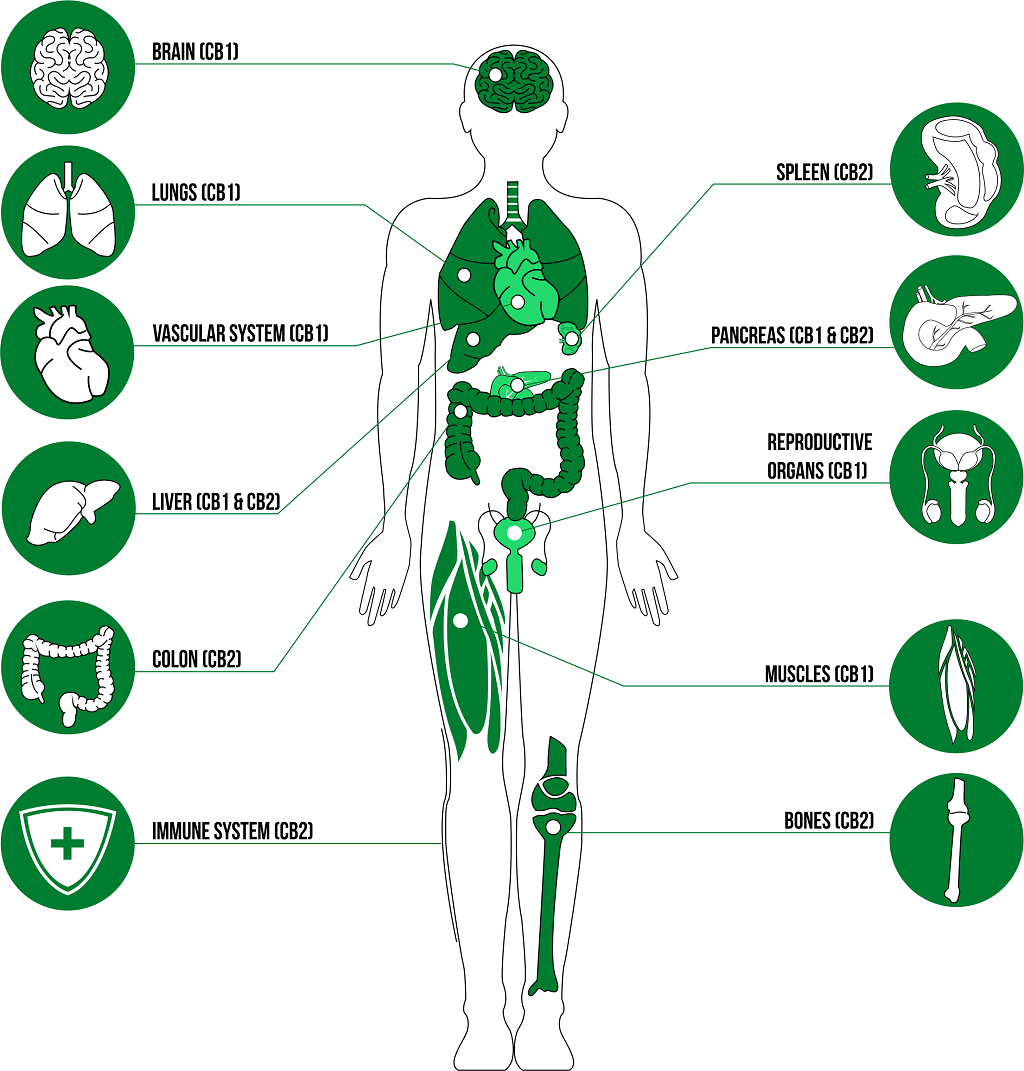 The endocannabinoid system is interconnected with several other major systems within your body, yet it was only discovered less than 100 years ago. This is why things like CBD and hemp-derived products continue to grow in popularity. There are several ways the endocannabinoid system impacts our health, and in turn there are several things we can do to improve our overall health and well being.

How It Works – Cannabinoids

Endocannabinoids within your body send messages throughout your body, similar to how your brain will send neurotransmitters throughout your body. Cannabinoids specifically work to affect how messages are received and processed by cells. In other words, they work to create balance and function. Cannabis is filled with over 100 different kinds of cannabinoids. Different cannabinoids can affect individuals differently. Cannabis can be consumed in several ways and acquired at a licensed state dispensary. Marijuana dispensaries in Chicago make both recreational and medical cannabis safe and accessible. Cannabis and hemp are often confused for marijuana. Marijuana is only one member of the larger family of plants known as cannabis. Hemp is another kind of cannabis that does not contain THC, the psychoactive component of marijuana. This has made hemp extremely popular in certain natural health markets.

Where It Works – Mental Health

In addition to the many developing physical benefits, your endocannabinoid system also plays a major role in your mental health. Cannabinoids can interact with your digestive system to promote regulation and better function. Although you typically think of digestion as a physical function, it is very intertwined with your mental health too. With a poorly functioning digestive system, you are prone to additional stress and anxiety. Poor health and mental disorders go hand in hand. There are several developing studies around the endocannabinoid system and its relationship to neurofunction. Treatments involving cannabinoids are being studied for things like Alzheimer’s, anxiety, depression, schizophrenia and more.