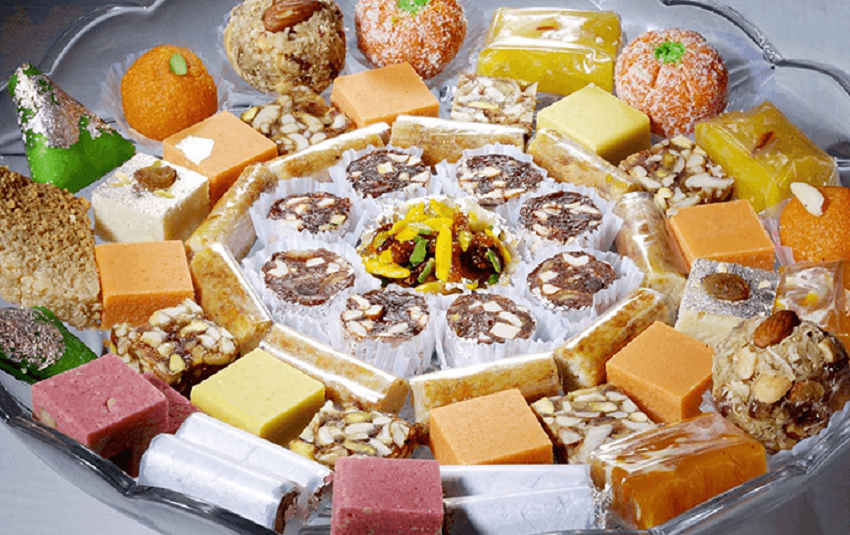 No matter in which country you are eating dinner, the one question to ask yourself after your savoury feast always should be: “What’s for dessert?” While we always settle for classic desserts like sundae or apple pie, the rest of the world has amazing sugar-loaded options to offer. So, why not lurk into other countries and discover succulent desserts? Here are some sweet-treats for a better cultured sweet tooth!

Originating from India, Rasmalai is a dish from Odisha, a state on the coast of Bay of Bengal. The term Rasmalai can be translated to ‘nectar cream’ from Urdu. It is made of spongy balls of paneer (Indian cheese) which is soaked on reduced thick milk that looks like clotted cream. This sweet dessert is served chilled and is given a flavoury boost from a sprinkle of cardamom and saffron. This food item can also be served with almonds, dried fruits and pistachios.

Baklava has a cloudy history as its origins have not been confirmed. However, it is mostly believed that this dish originates from Turkey and has been created by the Assyrians in the 8th century B.C. The Ottomans took up the dessert and perfected the recipe into what is served today. The recipe consists of paper-thin layers of filo dough encasing pieces of nuts, soaked in honey or syrup.

Coming from Holland, Olliebollen means oily balls in Dutch. This delicacy is traditionally eaten to celebrate the New Year. These deep-fried balls are peppered with dried grapes and dusted with powdered sugar. There’s even a competition of making this dish ever since 1993! Held every year, the winners come from different part of the country.

Brigadeiro is a confection of Brazil and it was created by a military figure, Brigadeiro Eduardo Gomes, who ran for office in 1945. The confectioner raised funds for his campaigns by selling his favourite chocolate balls. Even if he lost the elections, he won the hearts of the buyers, which named the choclate treats after him. Looking like chocolate truffles, Brigadeiros are confected from sweet condensed milk, butter and cocoa powder. Then, these tasty treats are rolled in chocolate sprinkles.

Despite being the most consumed sweet treat in Japan, castella actually come from Europe. It was brought to Nagasaki back in the 16th century by Portuguese missionaries. This sweetened honey sponge cake become most famous in Japan, mostly for its long shelf life. It was also easy for sailors to carry at sea, at that time. Castella does not consist of any butter, relying only on egg foam to rise.

Dive into the food culture around the world by trying out these recipes! It can only be a savoury and delicious travel adventure!