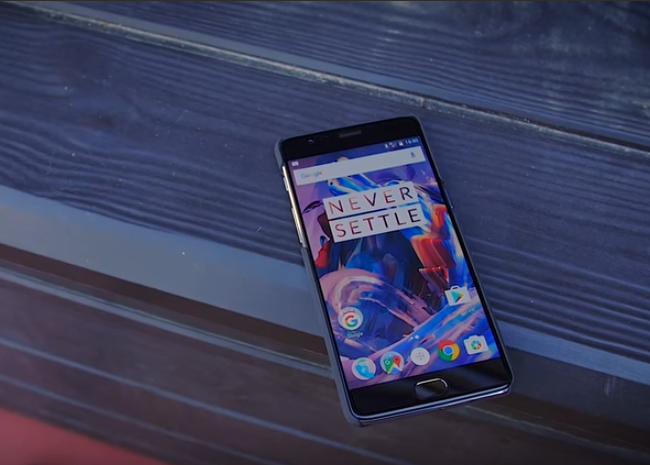 Did you think that OnePlus 5 was an excellent alternative? Then you are ready to meet your successor, the OnePlus 5T

This is the OnePlus 5T! The Chinese firm has presented in partnership to the new flagship killer , successor of one of the most successful mobile phones this year. The 5T version comes with several improvements compared to its predecessor and, in addition, adds to the trend of a minimum frames screen .

OnePlus 5T, all its specifications, price and availability

The Chinese company OnePlus has finally unveiled its new flagship phone, the OnePlus 5T, through an exclusive event that took place in New York , United States, during the day today.

The new flagship phone of the company arrives with an interesting bet towards the adoption of the trend in screens of minimum frames, presenting the terminal with a panel of 6.01 inches, aspect of radio 18: 9, AMOLED technology and minimum frames . To achieve this, the manufacturer makes the decision to take the fingerprint reader to its back.

Also, it will improve its photographic section, integrating a dual camera with two 16 and 20 megapixel sensors , but none with a telephoto lens or a monochrome sensor. The path OnePlus will take in this case will be to offer the same focal length with the same aperture (f / 2.0) and the same type of sensor (RGB).

We recommend : The Star Wars edition of the OnePlus 5T is filtered

Likewise, the camera – of great performance in the previous model – also offers in this version the bokeh effect or portrait mode , using just its two sensors. The camera will also allow its users to record video in 4K , automatically compensating the tremors and sudden movements that occur while it is being recorded, thanks to the EIS (electronic image stabilization) system.

Regarding the technical specifications, this new flagship can not clearly differentiate from its predecessor, the OnePlus 5, since it brings a Qualcomm Snapdragon 835 processor , optimized to improve its performance and, in addition, a RAM of between 6 or 8GB along with an internal storage of up to 128GB .

As for security, the manufacturer under the baton of Carl Pei, announced that the terminal can unlock the screen by just touching it twice and look at the camera. This is possible thanks to the facial recognition software , which -according to the company- takes less than 0.5 seconds to scan your face .

Finally, on the side of autonomy, the OnePlus 5T will come with a 3,300 mAh battery and Charge Dash Charge system , which will allow you to charge the phone to more than 50% in just 30 minutes. The charge is fast and stable because Dash Charge is based on higher electric currents, and not on the increase in voltage used by conventional charging technologies.

In short, the new OnePlus 5T is a phone more than interesting, with some improvements over its predecessor, and the attractiveness of improving its screen to the current trend of minimum frames. The model with 64GB will arrive at the market at a price of %499 and the 128GB model will cost around $559 .

Regarding its availability, it will begin to be commercialized in the stores of the United States from November 21 , with a subsequent landing to other countries in the short term. It can now be booked on its official website.