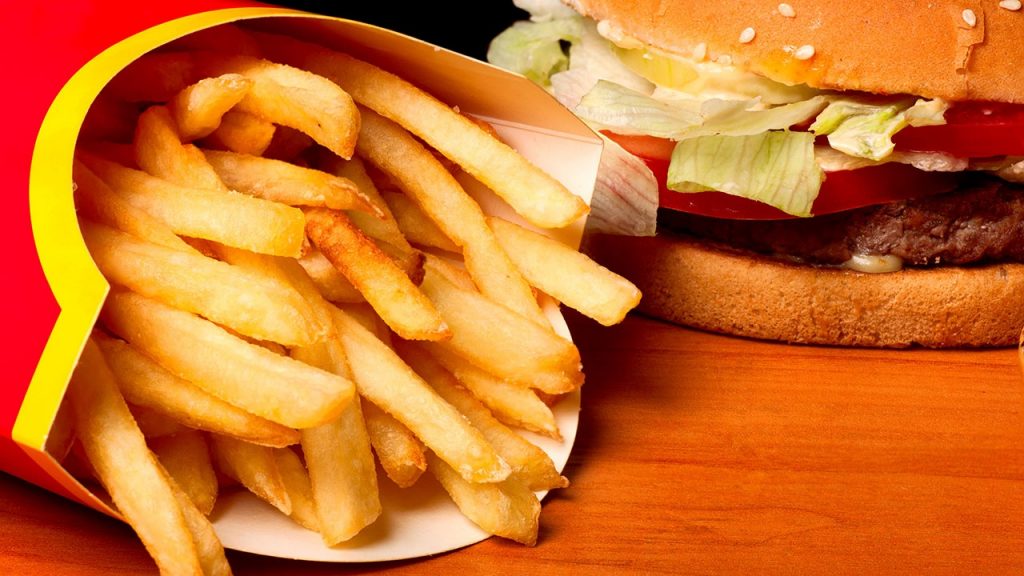 While a chocolate bar or pasta meal can make us feel good in the short term, many of us do not realize just how much our diet affects our mental health. what we eat and what we are feeling show that some of the most common bad eating habits could be the cause of other health problems such as depression. 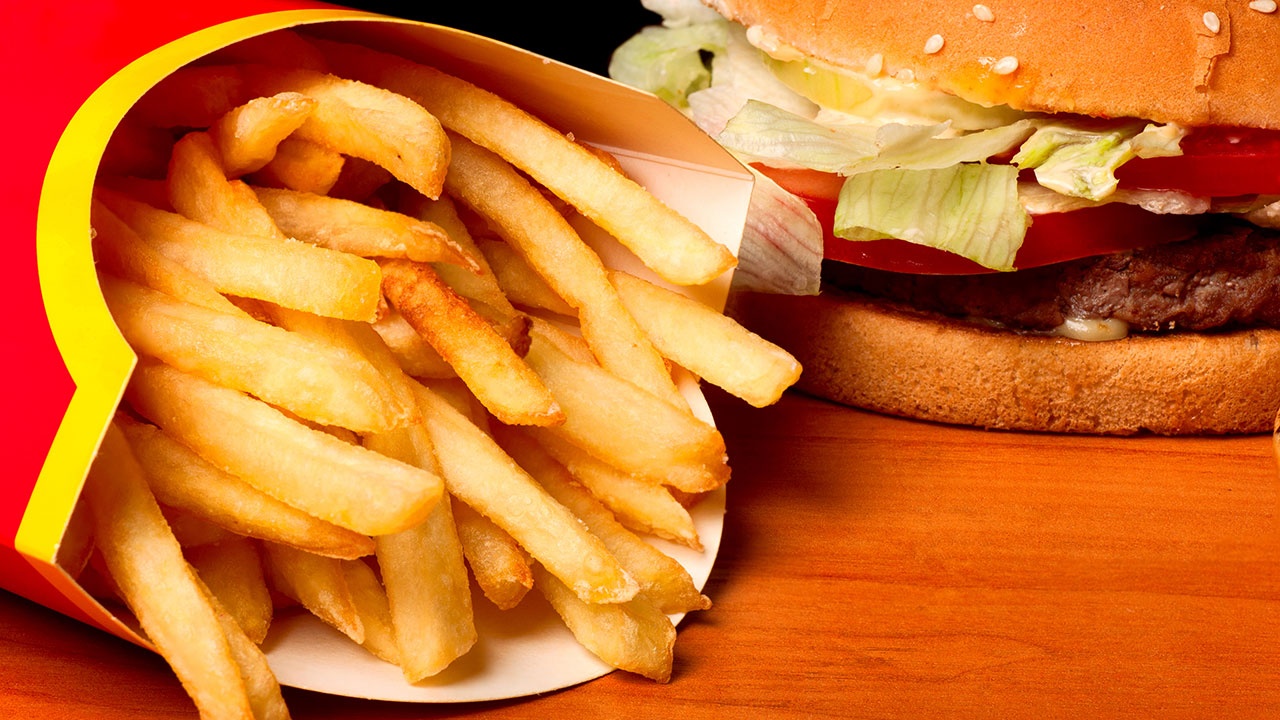 How much do you like to eat one of these foods?

The junk food, encompasses virtually everything that is rich in sugar , salt and fat, already has a considerable list of associated health problems. A study published in the journal Public Health Nutrition said that fast food consumers, in contrast to those who eat little or no, are 51% more likely to develop depression. The researchers found that the risk of depression increased whenever more fast food foods were consumed.
A study by Oxford University recently confirmed this, revealing that consuming poor diet can lead to increased irritability, aggressiveness and even violent tendencies.

Another study found that the association between diet and mental health may even begin before birth, demonstrating a link between the consumption of mother’s junk food during pregnancy and the mental health problems of her child .
In another study, the researchers conducted a prospective study of 43,685 women, aged 50-77 years. No women had been diagnosed with depression or took antidepressant drugs at the start of the study, 10,340 women with severe depressive symptoms were excluded from the study. Researchers followed diets and depression of women, and they followed several biomarkers of inflammation through blood tests. They documented 2594 cases of depression using a strict definition (diagnosis of depression and use of antidepressants) and 6446 using a broader definition (diagnosis of depression and / or use of antidepressants).
The researchers found that women who regularly drank sodas, ate red meat or refined cereals and rarely consumed, coffee, olive oil and vegetables were 29% to 41% more likely to be Depressed than those who ate a less inflammatory diet.
“These findings converge with the parallel findings on the relationship between diet and physical health. From the point of view of public health, it is reassuring to see that what is good for the body is also good for the mind, “said Alberto Ascherio, professor of epidemiology and nutrition.

It is too easy to take a cola, but according to the study published in the journal Brain, Behavior and Immunity , researchers said that soft drinks as part of a normal diet can also contribute to depression. So if soda is part of your bad habits, it may be time to rethink this strategy.

While caffeine can certainly stimulate the body and acts as a natural lever of mood, many of us have excessive intake.
Too much caffeine overexcites the central nervous system and can lead to an accelerated heart rate, anxiety and sweating. Break your addiction by reducing up to one cup per day. And choose green tea that provides you a can of caffeine.

Eliminate carbohydrates from your diet

For some of us, the mere thought of eliminating cheese spaghetti from our diet can make us angry. Previous research by Dr. Judith Wurtman, a former researcher at the Massachusetts Institute of Technology, and her husband, Dr. Richard Wurtman, suggested that people have a craving for carbohydrates when the levels of well- Being, serotonin, fall into their brain. If you want to reduce carbohydrates , eliminate all processed white tricks, processed foods and choose whole iron-rich grains and a host of B vitamins to help you boost your mood and provide you with lasting energy.

Skip breakfast from your diet

There is a reason why you might feel hungry after skipping breakfast.
While it may seem like a great way to save calories, money and time, this could trigger weight problems and a sense of anger. In fact, one study found that adults who started their day with breakfast had a positive mindset superior to those who did not eat anything. Having a little protein with carbohydrates is the ideal little combo, protein helps satisfy you and whole grain carbohydrates helps you increase your glucose levels in the blood.

Foods and beverages with high glycemic index contain tiny sugar molecules that are so small that they quickly enter the bloodstream, resulting in high blood glucose levels. Your body is trying desperately to maintain glucose levels in the blood (too much glucose or too little, can damage the body’s cells).
You will need sugar to increase your blood glucose and complex carbohydrate levels to provide long-term energy. The problem with high GI foods is that overproduction of insulin also stimulates appetite and this can lead to excess dietary intake.
And, as you know, both overweight and obesity are linked to chronic diseases, such as heart disease and type 2 diabetes.
Over time, repeated exposure to high GI foods and beverages (sugar) changes the way your brain reacts, you will need more to get your dose and this could mean you crave junk food.
That’s why low GI foods are the best option.

So what are the foods you should eat?

If you think your diet may affect your mood, consider adding foods high in omega-3 polyunsaturated fatty acids, such as salmon, mackerel and anchovies.
Research has shown that people with lower blood levels of this nutrient are more likely to report depressive symptoms and a more negative outlook.
Similarly, vitamin D (also found in fatty fish) has been linked to depression, a study found that those who consumed the most vitamin D in foods ( not in dairy products ) had a significantly higher prevalence Low of depressive symptoms.

Finally, be aware that the food industry is constantly finding “salt-sugars-fat” chemical combinations to control your brain through your poor food choices, sincerely put an apple next to a chocolate bar in front of you, Which would have the most impact on you. Would your child also be able to promote the apple? In every article I find myself with the same vicious circle that begins with a food industry that drowns us with its junk food and then falls into the arms of a blind and immoral pharmaceutical industry. That has a single purpose, depriving you of the right diet, which will expose you to more illnesses, so more drugs sold, but even if you live longer you will always be dependent on a whole list of medications.
Even the food that is supposed to be healthy and natural (fruit and vegetables) has not made the exception, starting with pesticides until they want to change everything genetically, all these irresponsible practices will lead to a destruction of the human race, l Man has destroyed everything around him, plants, animals even the air he breathes is no longer the same.

Allow me to quote this story that has a religious aspect but that sums up the tendencies of this creature who is the man: “When God created Adam, he asked the devil to prostrate him (to Adam), but with his pride, He refused to do so and as a result of his act he was cursed. But this is what the devil said to God: “Leave me until the end of time, I will induce them to sins, to error and they will even change your creation !!!

Are pre-fabricated homes on the rise again?