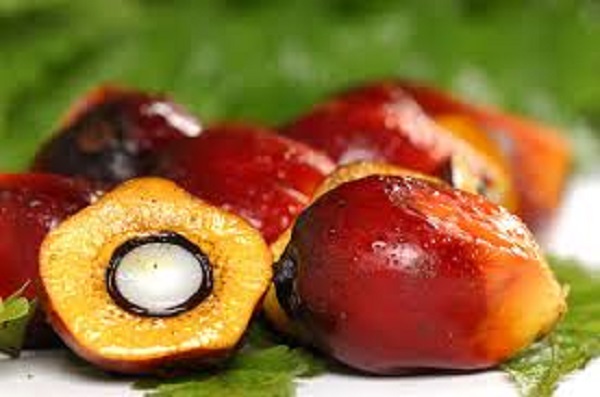 If we check the label of a packaged food and we see that its ingredients include vegetable oil, without specifying which, in all likelihood will be palm oil, the most consumed fat in the world and also the most harmful to cardiovascular health.

Palm oil is not sold in bottles at the supermarket, although it is present in many of the processed and packaged products with which we fill the shopping cart. Margarines, French fries, pizzas, many of the best-selling brands of cookies, pastries and industrial confectionery, and even ice cream are made with palm oil, although vegetable oil appears on the label.

But that has already begun to change, the latest European regulation on food labeling requires that the ingredients be specified and none be concealed under a general concept as before. In the midst of transition, products with old labels still coexist and others with new ones.

“Palm oil is considered a hidden fat. Half of the production is destined for food and the other for biodiesel and other industrial uses, “explains Rafael Garces, researcher at the Institute of Fat at the Center for Scientific Research (CSIC), based in Seville, whose mission is to develop research Aimed at obtaining quality, healthy and safe food.

The largest production of palm oil comes from Southeast Asia where millions of hectares of forest and jungle are destroyed each year to grow the African-origin Elaeis Guineensis.

This palm oil is the most consumed in all continents, including Europe that imports about 9 million tonnes per year, of which 5 or 6 are destined for industrial food.

“It should be noted that Europe produces 2.5 million tonnes of olive oil and 3 million tonnes of sunflower oil. We are talking about the European production of olive and sunflower, two healthy oils, is a little lower than the consumption of palm oil in this continent, “says the scientist.

What is the success of palm oil?

There are two advantages to palm oil:

at room temperature provides consistency and unctuousness to foods compared to other oils, such as olive oil, which remain in the liquid state.

“Palm oil is a technologically suitable vegetable type for food. To replace it, you need another fat that remains semi-solid at room temperature and there are very few, animal fat (butter) or some fats of tropical origin, and they have a higher price so it does not interest companies, “explains Rafael Garcés.

Thus, for example, margarine, unlike butter containing animal milk fat, would become liquid within minutes of being at room temperature if it had a less consistent type of oil than palm oil.

To achieve that degree of strength of the oil before, hydrogenation was used, which reduces the level of unsaturation of the oils by increasing the solid fat content and stability. In this process the so-called trans fatty acids are considered to be harmful to health. This system has been replaced by palm oil.

“Both palm oil and hydrogenated oil are unhealthy fats because they raise the levels of bad cholesterol and lower those of the good,” says the expert.

In spite of its insalubrity, in Europe there are no restrictions for the use of palm oil in the food industry. For their part, hydrogenates have been banned in some countries, such as Denmark. In fact, this country has found that the prevalence of cardiovascular disease has declined since then.

Today in the Congress of Deputies, Citizens has presented a proposal not of law, to debate in plenary, in which urges the Government to negotiate with food companies to abandon the use of palm oil for nutritional purposes and initiate investigations On the effects of their consumption on the health of the population.

“No one is going to spend anything to consume products with animal fat or palm oil from time to time but if we do it every day and in large quantities we can have problems in the medium and long term with blood cholesterol and diseases of the Circulatory system, “says the CSIC researcher.

Not all vegetable oils are the same

Attention also to this oil harmful to the health rich in lauric acid. Ice cream usually carries this fat similar to that of palm and palm kernel, with abundant lauric acid, none recommended for health. A dense fat that provides creaminess to the ice cream.

These are the characteristics of other vegetable oils that are rich in unsaturated, non-harmful acids:

The virgin or extra virgin is obtained directly from the olive by procedures that do not alter its natural properties. It is rich in polyphenols with high antioxidant power , and in oleic acid, compounds that favor health. It is one of the star foods of the Mediterranean diet and there is already scientific evidence of the benefits it brings to the human body.

In Spain it consumes a lot, it is cheaper than olive oil. It can be taken without any danger to health, but lacks some of the components, especially polyphenols, which make olive oil healthier. Rich in high linoleic and high oleic fatty acids.

It is one of the most consumed in Europe, comes from the seed of the rapeseed plant that is grown mainly in the north of the old continent. Rich in healthy oleic acid. In Spain has bad reputation by the manipulation that was done in 1981 of a game that poisoned to more than 60,000 people killing to 1,100. It is also consumed in Canada and the United States.

It is extracted from the seed of the corn plant. It is rich in healthy linoleic and oleic acids.

Care when heating the oil

In general, consuming the crude oil is healthier than undergoing a heating process that can alter it.

“It is recommended that the oil does not get very hot, especially olive oil, which does not exceed 160-180 degrees,” says the expert of the Institute of Fat.

Olive oil has a good temperature resistance because the fatty acids or triglycerides are very resistant to heat, although it has many aromatic compounds, polyphenols … which are volatilized before the oil itself.

“When you smoke it is because all these compounds are evaporating and therefore, the olive, has a smoke point prior to the rest of oils. You have to try not to raise the temperature too much in order not to reach that point “, he says.

Reheating and reusing several times the same oil can be done but not overused.

The pan allows you to control the amount of oil to use only the necessary, but you cannot control the temperature.

The fryer, for its part, allows to control the temperature, but runs the risk of using the stored oil more than advised and of using more than we need.

“After frying, rarely, we have to discard the oil, we are not saving for leaving it in the fryer,” says Rafael Garces who also warns about recharging the fryer without first removing the already used oil that already has deteriorated compounds.

It is advisable to remove used oil, clean the fryer and refill with fresh oil.