Everybody knows about the benefits of good nutrition and try to make the body receives the necessary amount of fat, protein and carbohydrates. But there are other components, without which our health will deteriorate, although the number of these trace elements is calculated in very small doses.

Such trace elements as iodine, our body needs a day only 150-200 micro grams, and g – this is only a millionth of a gram. Over a lifetime, a person uses iodine is only one teaspoon, but the importance of it to the body is very high.

Iodine belongs to the group of halogens, and in the periodic table it is in the group of 17 at number 53. The word “iodine” has Greek roots and means “violet” or “purple”.That is called it French chemist J. Gay-Lussac for the color of its vapor.Iodine was discovered 200 years ago – in 1811 from chemist Bernard Courtois. Although the ancient Chinese healers for 3000 years BC, used iodine derived from seaweed, for wound healing.

In nature, iodine is found almost everywhere: in living organisms, soil, minerals, water, air. The largest number of trace elements contained in seawater – 0.06 mg / ml, and the air and soil in coastal regions. In the human body, iodine is supplied with food and air and accumulates in the thyroid gland, which is responsible for brain development and proper growth.

iodine and its biological properties in humans

Iodine – is a vital substance for normal functioning of the body. The main biological role of iodine in the human body – is involved in the synthesis tireoidalnyh thyroid hormones – thyroxine and triiodothyronine, enough of which has an impact on the important processes in the body.

Iodine helps reduce cholesterol levels. Many useful recipes for lipid-lowering diet will find on our site.

Read this article about the most popular methods for the purification of the blood vessels.

Iodine – is the substance that is responsible for the normal development and growth of a person, and it is difficult to imagine how would look like living beings, if this trace element was absent in nature.

The iodine is useful?

All we traditionally use iodine to disinfect wounds, but the properties of this trace element is truly universal.And at the right time it is able to provide our body invaluable assistance.

The body of a healthy adult contains 15-20 mg of iodine.

The World Health Organization recommends a daily drink with food the following amounts of iodine: pregnant women – 250 mcg per day for adults – not less than 150 mg, and children under 12 must be 90-120 micrograms.

Symptoms of iodine deficiency in the body

According to the World Health Organization, 30% of the population of our planet, which is about 1.5 billion people, lack of iodine in the body. This means that they are at risk of developing diseases caused by iodine deficiency, and more than half a billion people already have the disease.

Most of the population live in regions where there is a lack of iodine.A sufficient amount of this trace element is obtained only by residents of the coastal areas.Their diet is dominated by fish and seafood, and the air and sea water is high concentration of this trace element.

To determine the lack of iodine in the body, it is necessary to conduct blood test for thyroid hormones.

But at home, you can see how things are going with iodine in your body. To do this, carry out a simple test is enough.

Evening in the forearm with a cotton swab strip 3 must hold:. First width and 5 mm, the second – 1 cm, and the third – 1.5 cm morning look at the results.If the three bands disappear very narrow, the iodine in your body is enough.If there is broad, and the other two disappear, it speaks about iodine deficiency.If no trace in the morning on all three bands, then it is iodine deficiency, and it is necessary to take urgent measures.

To my body needs to look closely and listen to just pay attention to the symptoms of iodine deficiency in the body:

One of the symptoms of iodine deficiency is overweight. Oatmeal diet for weight loss will not only help you stay in shape, but also save your health.

Diet of squash that is described in this article , is also an effective and safe method to get rid of extra kilos.

In addition to the external signs of iodine deficiency in the human body begins to disturb and physical condition:

The excess of iodine in the organism – Symptoms

The organism feels all right, when it contains the required amount of vitamins and minerals, including iodine.As a disadvantage, and excess of this substance is harmful to the body, but an excess is extremely rare.

Symptoms of excess iodine is the development of hyperthyroidism or thyrotoxicosis, that is, the thyroid gland produces more hormones than the body needs.As a result, they can develop diseases such as hyperthyroidism, exophthalmos, and tachycardia.

Most often, an overabundance of iodine in the body cause such reasons:

The overabundance of iodine is manifested by the following symptoms:

It is important to remember that without a doctor’s advice to take iodine-containing products is not recommended, as it can easily exceed the permitted limit and hurt his thyroid gland.

The iodine in our bodies comes only from the outside, and the amount depends on how they are rich in products included in our diet.

Many believe that by replacing conventional iodized table salt, they decide for your body’s iodine deficiency problem.But iodized salt is not a panacea that can replace other sources of iodine.Especially since the opened package for 2 months loses half it contains essential trace elements.

A rich source of iodine, is water.One liter of drinking water comprises up to 15 mg of such compound.

In sea water there are large reserves of iodine, so its inhabitants in their bodies accumulate a large amount of it.Shrimp, squid, crabs, mussels, oysters and scallops are not only tasty, but extremely useful.100 g of these specialties contain from 300 to 100 mcg of iodine.But, unfortunately, so replenish stocks of iodine can not everyone.

More iodine has sea fish stocks (from 190 to 50 micrograms), and freshwater, but also prone to heat treatment, is poor in this trace element – 5-10 mcg.

Iodine is found in foods that every day we include in their menu – it’s milk, eggs, butter, pork and beef, bread, cereals.

Small amounts of iodine contained in fruits and vegetables: potatoes, eggplant, garlic, tomatoes, onions, bananas, persimmons, oranges and strawberries.With their use, we get the required amount of iodine.

Which products has more iodine

The greatest number of foods rich in iodine, we deliver the sea.And leading position among the foods high in iodine occupy brown seaweed – kelp.100 g of this product contains 300 mg of iodine.The daily use of 2 tablespoons of seaweed body will compensate shortage of such essential trace elements.

Among the seafood (oysters, shrimp, scallops and other) by the number of contained iodine squid lead – up to 300 micrograms per 100 grams of product.

Other products are much poorer than iodine.So among dairy products 16 micrograms found in milk and millet groats (4 g) is the leader among cereals.

On the iodine content of this subtropical fruit is pineapple guava, the opinions of scholars dispersed.Some believe that the fruit does not contain iodine, while others argue that the content of this trace element feijoa even ahead of kelp – 350 CIM.

Dry hair damage – is an indication of a lack of iodine in the organism. Burdock oil for hair can help deal with this problem. 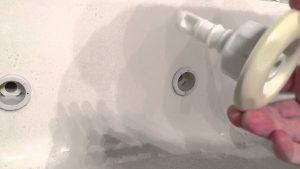 How to clean jacuzzi tub jets?

Cocaine Use Can Damage All Important Organs

Are pre-fabricated homes on the rise again?