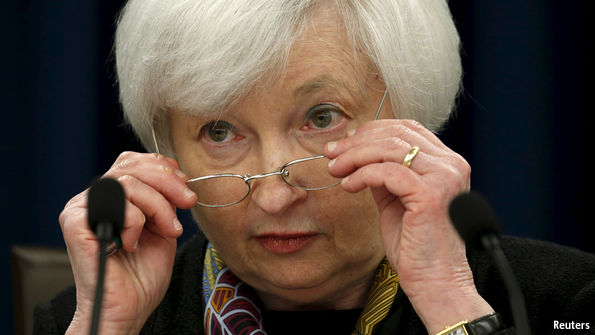 Federal Reserve Chairman Yellen said last month that the “high-handed economy” could help to eliminate some of the economic damage caused by the Great Recession, but she did not suggest the Fed would be willing to allow inflation to 2% target above the Fed’s expectations Suggesting a similar strategy.

Janet Yellen, chairman of the Federal Reserve, said last month that a “high-pressure economy” could help eliminate some of the economic damage caused by the Great Recession. The remarks in the market aroused discussion.

Some investors are trying to figure out whether the Fed is seeking to push inflation above 2%. Speaking on the same day, Bank of England Governor Mark Carney said the bank was willing to let the inflation rate temporarily exceed the 2% target to prevent a substantial increase in unemployment.Three weeks ago, the Bank of Japan also said it intends to let the inflation rate of more than 2% of the target.

She was in fact expressing her acceptance of the idea that short-term interest rates and unemployment rates could be temporarily maintained at low levels to assess economic gains and losses. According to the Federal Reserve’s expectations, this may lead to accelerated inflation, but not more than 2%. The United States has more than four years of inflation below this level.

Her comments reflected divergent views of Fed officials over a two-day meeting that ended Wednesday. Federal Reserve officials may maintain the benchmark federal funds rate in the 0.25% -0.5% range, and hinted that may raise interest rates next month.

Some officials argue that interest rates should continue to be kept low and that the unemployment rate (5% in September) should decline further, and that they hope this will begin to expand from economic expansion, including among African-Americans and Hispanics Benefiting the population to create more employment and economic benefits.

“It’s a totally different strategy,” Williams said, as it intends to let inflation go beyond the target and try to counteract the “default” (which had not been met for years after inflation).

He said that this strategy may have some benefits, but not the Fed officials pursued.