What Is Piracetam (Nootropil)

Piracetam (2-oxo-1-pyrrolidine-acetamide) is the most common of the nootropic drugs, as noted by PubMed.gov. There are many uses of the drug and some of the main benefits include “improved learning, memory, brain metabolism, and capacity” it’s called “smart drugs”. Piracetam is also known as Nootropil, Nootrop, Nootropyl, Normabrain, Norzetam, Piracetamas, Piracetamum, Pyracetam, UCB-6215.

Piracetam was synthesized by Corneliu E. Giurga in the 1960′s, from which he described it as a Nootropic, as the compound increased cognitive abilities and brain function.

Why Piracetam is Deemed a Nootropic

The bioavailabilty of Piracetam, consumed orally, is relatively high, upwards of 100% (with a half life of 4-5 hours), meaning virtually all of the compound enters the bloodstream unchanged and its benefits can be experienced for hours. It is rapidly absorbed in the bloodstream, and reaches its peak effect (plasma concentration) within 30 minutes of digestion.

Prescription dosages for cognitive disorders and vertigo are typically on the higher end, about 2400mg – 4800mg/day.

At Performance Nootropics our doses typically consist of 1200mg – 2000mg per dose 1-2 times per day, sometimes 3.

Piracetam is one of the most well-known of the nootropic supplement family. Not only has Piracetam received a considerable amount of study and attention since its synthesis in the 1960′s, it has been widely regarded as very safe. Despite the general consensus, there is always possibility of adverse side affects which include weight gain, nervousness, shakiness, sleepiness, and headaches. It should be noted that the vast majority of Piracetam users have not reported any side affects, at all.

Neuroprotective Agents – Drugs intended to prevent damage to the brain or spinal cord from ischemia, stroke, convulsions, or trauma. Some must be administered before the event, but others may be effective for some time after. They act by a variety of mechanisms, but often directly or indirectly minimize the damage produced by endogenous excitatory amino acids.

Nootropic Agents – Drugs used to specifically facilitate learning or memory, particularly to prevent the cognitive deficits associated with dementias. These drugs act by a variety of mechanisms. While no potent nootropic drugs have yet been accepted for general use, several are being actively investigated.

Finally we suggest you to visit article link to know more details. 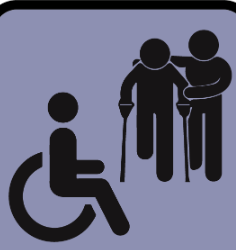