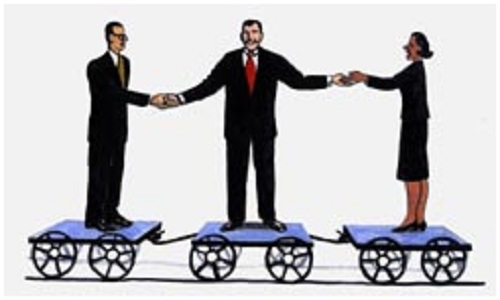 Survey results from the Financial Conduct Authority have given an insight into the practises of intermediaries since pension freedom reforms were introduced last April.

The survey, which involved hundreds of advisers from various areas, was undertaken in November 2015 but the results have just been published. The data can be examined in a Financial Advice Market Review document accessed through the regulator’s website.

How Do Companies Make Money?

The study found that almost half (42 per cent) of the average financial company’s regulated advice revenue came from investments advice. A further 21 per cent came as a result of offering pension accumulation advice to clients following the pension reforms, as described on the Pensions Advisory Service website, and another 16 per cent was attributed to retirement income advice.

According to the data, the rest of the revenue came from other areas of advice, including general insurance advice and information about mortgages and protection products.

Most companies (80 per cent) had recorded revenues of under £1 million, although the 20 biggest firms all had a minimum of £4 million revenue, and the top ten could boast £20 million-plus revenues. The average firm revenue was recorded in the data at £223,000.

Technology Use and the Offering of Advice

The survey revealed that the vast majority of investment advice was delivered face-to-face, with just a small proportion of six per cent by value being offered over the telephone. Less than one per cent of companies admitted to using automated advice.

Most firms said they made significant use of back office systems for IFAs and other technology, available from numerous companies such as www.intelliflo.com and others, to aid such functions as research and analysis, customer data management, and risk profiling.

Who Are the Clients?