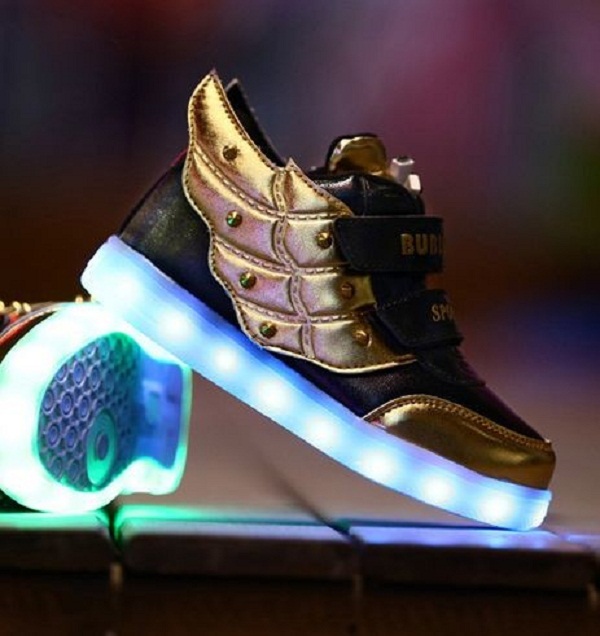 Imagine that you can recharge your smart phones, electronic tablets and laptops without relying on electrical outlets, solar energy or external battery, without which no amount where you are.

Two mechanical engineers are at the University of Wisconsin-Madison, UW-M, Wisconsin (EE. UU.) Just make it possible to develop an innovative system that will recharge the battery by connecting a cable to the shoes.

Professor Tom Krupenkin and scientist J. Ashley Taylor have gotten recharging devices also be mobile, to harness the energy generated by their users as they walk. This system is able to capture 10 watts (W) per shoe.

Krupenkin and Taylor have developed this technology to capture the energy of human movement that can be integrated into the sole of conventional footwear and allowing “harvest” the mechanical energy produced by the person wearing it when walking, convert it into electricity and store it for later use, according to this university.

This “shoe power generator” which has been successfully tested in sneakers, could be very useful for the military because the soldiers carry heavy batteries to power their radios, GPS and night vision goggles units, and for people they are living in remote areas or developing countries that lack adequate electricity grids.

This researcher is looking for along with Taylor partner with industry and market their system through their emerging company InStep Nanopower and is already working in collaboration with Vibram shoe manufacturer.”The human journey involves a lot of energy,” says Krupenkin.

Generate a total of 20 watts when walking is no small thing when compared with the power needs of most modern mobile devices,” and notes that “a typical smart phone requires less than two watts”.

Krupenkin and Taylor have developed an innovative energy harvesting technology that is based on the “reverse electro-wetting”.

This phenomenon is that “when a conductive liquid interacts with a very thin film coated or nano-film surface, the mechanical energy applied in the contact between both elements, is converted directly into electrical energy,” says the expert.

“This method can be used to generate electricity, but it requires a primary source of mechanical energy, which is vibrating or spinning rapidly,” are according to Krupenkin.

To exploit this phenomenon the researchers developed the “bubbler method” which combines reverse electro wetting with the growth and collapse of bubbles conductive liquid used in this system.

The bubbler of researchers has no moving mechanical parts consisting of two flat plates separated by a small liquid-filled hollow conductor.

“The bottom plate is covered by a series of tiny holes through which bubbles under the influence of a pressurized gas are formed. These bubbles grow until they are large enough to touch the top plate, which causes collapse, “say the mechanical engineers.

“The rapid repetitive growth and collapse of the bubbles, the conductive fluid pushes back and forth between you loved plates, thus generating electrical charge” according to  Krupenkin and Taylor.

Its technically called ‘energy collector built into the shoes’ could directly feed the different mobile devices through a charging cable, or could be coupled to a Wi-Fi access, built inside a shoe and would act as ” intermediary between mobile devices and a wireless network, as indicated by EFE scientists UWM.