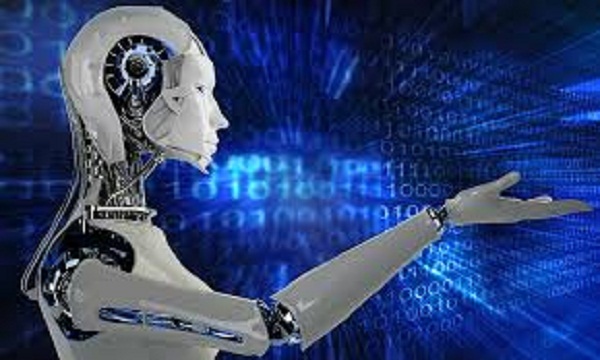 The World Bank warn in its latest report on the risks of automation and the opportunities and challenges of the disruption of technologies such as robots or even applications like Uber.

A world like something out of science fiction movies, where machines and artificial intelligence will have replaced man, seems increasingly remote from film and literature and closer to reality. Proof of this is the concern that the World Bank warns in its latest report, entitled “Digital Dividends”. The speed with technology advances threatening those who have not yet adopted, as the widening of the digital divide increasingly accelerates.

As explained Indhira Santos, senior economist at the bank, there is a group of people in the world has been climbing in and to the middle class at the point of effort into jobs as operators call center, organizers files, among others, which the Bank calls “routine” work performance of which can make a list of instructions to follow and that could eventually play a machine. That group, according to the economist, has a particular involvement in the digital revolution.

Those in the highest, researchers or prepared managers, who usually move easily in digital environments, are almost guaranteed to continue to increase their productivity if you keep pace with technology. On the other hand, the group below, “the less qualified,” which works in trades such as personal services, is not yet threatened by automation, because their functions are still performing better human beings. But those in the middle “have to prepare to board level or may fall back towards the lower,” Santos said. For countries like Colombia, whose middle class is barely growing, that may be something to consider.

Currently, about 40% of the world population has access to internet and seven out of ten households in the poorest 20% there are cellular. In Colombia, the Government has set the goal of reaching 27 million network connections to 2018 and today there are over 50 million mobile phone lines. But despite the situation, the World Bank warns in its report that the participation of industry Information Technology and Communications (ICT) in GDP remains generally very low. In the country, according to the National Planning Department (DNP) the figure is around 3%. That adds up to the proportion of national income that goes into the pockets of workers decreases or very little, as in Colombia, with just 2% growth between 1975 and 2013.

So where are the benefits of the digital revolution? The World Bank says there are still about 4,000 million people in the world do not have internet and the digital divide, if nothing is done quickly, it will become increasingly large and difficult to close. But in addition, the bank, that inequality is not eliminated only with the provision of technology and connectivity, but with the development of skills to know how to use.

Therefore, among the main recommendations of the report is that countries adopt an agenda for digital development with a component of skills development, something that for example the poor results of the PISA in Colombia, according Indhira Santos, confirm that there to work. “Technology alone will not solve the problems,” said Issam Abousleiman, director of the World Bank in the country.

To take full advantage of the digital revolution, countries must also address strengthening regulations that guarantee competition between companies, adapting the skills of workers to the demands of the new economy and ensure that the institutions are responsible recommends the organization. The Santos economist added that, according to the studied cases like Mexico, has been competition, especially from abroad, which has prompted companies to adopt technologies (such as online sales channels) and be more productive.

In Colombia, only 20% of SMEs use ICT to sell or buy. For others, national productivity is currently in negative territory (- 0.5%), which in fact was one of the arguments for the minimum wage does not grow more than it grew in 2016 (7%). Faced with such situations, the World Bank is emphatic that we must ensure competition -accompanied strengthening enterprise level capabilities-so that there are incentives to innovate. Of course examples like Uber not left out of the discussion.

Alibaba is an example of how the Internet is changing the way of trade, while Uber does the same in the transport sector. “You have to wonder about the advantages of Uber. Are there barriers to entry to traditional business? Should we improve it? Surely adjustments on both sides are needed: regulation for passenger safety in Uber, and smarter in the taxi sector regulation, “said World Bank economist. In this, for her, the Mintic should be a coordinating body between different government ministries to attend each disruptions in its sector.

In any case, the Colombian ICT sector remains relatively small, not only for its contribution to GDP, but because it represents only 1.5% of employment in the country. Bruce Mac Master, president of ANDI, it is inevitable that companies have to adapt to what has been called “the fourth industrial revolution” digital. “We work to change the mindset of companies that believe digital, but digital-90s,” he said. Unionization, according to Mac Master, through the vice president of digital transformation, for example promotes the adoption of digital solutions and best practices in these ecosystems.

During the presentation of the report,David Luna,  minister of information did not fail to refer to the challenges of internet penetration and technological appropriation that would be the next tax reform. “It was National Planning who said a few months we exclude VAT smartphones ago. We understand that we have an economic situation and tax reform to do, but it is also important to understand where we come from. The Congress a few years ago VAT excluded computers and tablets, and also internet in strata 1,2 and 3. So we spent 7% (penetration) in 2010 to 50% in 2015, “he said.

The National Planning Department referred to the challenge of measuring the contribution of the ICT sector to the economy for precisely to new platforms. “When they were fashioned text messages a charge for each generated and could measure the contribution to GDP. Now with technologies such as Whatsapp does not happen, said Simon Gaviria, director of the DNP. It is a dialogue with the Dane to obtain statistics on the matter, which would be implemented in 2017. That, coupled with the creation of 1,400 companies in the IT industry in 2018, for a total of 3,200, is among the goals of the current administration.