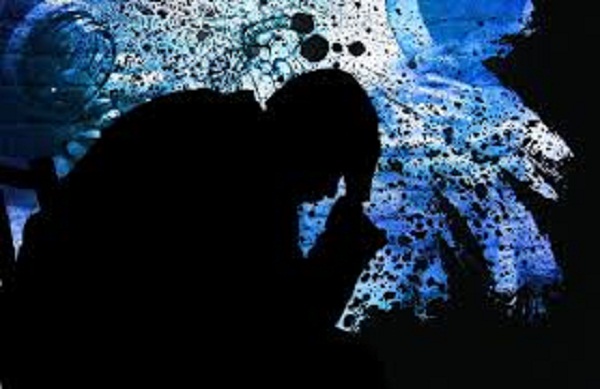 According to the World Health Organization (WHO), there are 400 types of mental disorders. On the occasion of World Mental Health Day which falls on October 10, we present the profile of five of them, which are among the most common in the world.

First of all, mental disorders are grouped into five blocks. Those are follows:

It can occur after a big disappointment, loss of something valuable or someone important, long physical illness or abuse alcohol and drugs, among others. It may also have a biological origin, i.e. caused by a chemical imbalance in the brain.

They have to appear all but the most patients show at least five of the following:

Between 10 and 15% of the population will ever depressive symptoms in your life.

It is important to stay close to loved ones and address the problem that caused the depression by speaking.

In the depression may be a complication in psychiatry is the most serious: suicide, so it is necessary to treat them.

Lack of sleep is a symptom of depression.

It helps overcome negative thoughts. They are interpersonal and dynamic.

Psychotherapy: Talk to an expert can help express feelings. The process may vary from 5-30 sessions before the patient fully recovers.

Panic and phobias affect one in ten people at some point in life.  Anxiety is a normal feeling of fear of difficult situations, but if it is too strong, it can paralyze the person.

Panic is a sudden and unexpected increase in anxiety; in response, you want out of the situation that caused it. Meanwhile, Phobia is a fear of situations or things that are not dangerous and that most people do not find troublesome.”

It appears as sense of fear and the sudden loss of control. The breathing rate increases, the heart beats hard, sweat and no thoughts of death.

It comes as anxiety but only at specific times. If a person is afraid of dogs at a level of phobia, you will ensure that your routine revolves around a safe environment. If left untreated, eventually fear dominates the life of the person.

Anxiety can be a symptom of drug such as LSD, amphetamines or ecstasy.

Threatening circumstances during the life of a person can cause anxiety, panic or phobia, such as a car accident in which he has been involved.

The insect phobia is one of the most common.

Psychotherapy: Talking to a professional is helpful to understand the problem and fix it.

Medication: Sometimes the use of tranquilizers such as Valium is recommended, but often very addictive, so it should only be taken for a couple of weeks and under medical care.

Antidepressants also work, but they have side effects such as nausea, drowsiness, dizziness, dry mouth and constipation.

Obsessions are thoughts that appear yet love them, do not make sense and can be unpleasant while compulsions are acts that people think you have to do even when you do not want.

It affects people of all ages. Young people, occurs in 1% of the population.

What causes it is not known, but doctors believe it has to do with an imbalance of serotonin, a chemical produced by the brain.

Behavioral therapy: It helps the affected control their compulsion recognizing it as just keeping a diary to find out how often does it.

Medication: Substances such as fluoxetine and clomipramine are used, both acting on serotonin.

It happens after you have been involved in traumatic, directly or indirectly made. Although many people overcome without help, others channel it to the extent of having physical symptoms that affect their daily lives.

PTSD symptoms are both physical and mental.

Having gone through a tragedy is normal to have some of these symptoms, but one in three individuals can not overcome with the passage of time and requires help.

In children, stress may occur in the games, where they often recreate the traumatic event over and over again.

During the suffering of this disorder, adrenaline remains at high levels, why the person can not relax.

EMDR (eye movement desensitization and reprocessing): It is a technique that uses eye movements to help the brain to process flashbacks and to make sense of the traumatic experience.

Medications and group therapy: Among the recommended medications are antidepressants.

The abuse of legal or illegal substances is related to various mental disorders, from depression to psychosis. Here, the disease can lead to addiction or vice versa.

Drug use can lead to psychosis.

Those People who become addicted to a substance likely to have genetic biological conditions that make them more helpless.

In young, it affects the psychological development and social adaptation.

Group therapy and rehabilitation help to achieve total abstinence from drug use.

Treatments and diagnostics are individual. If a patient is not known, we never know what is good for him, so there is no collective advice and less when it comes to psychiatry.