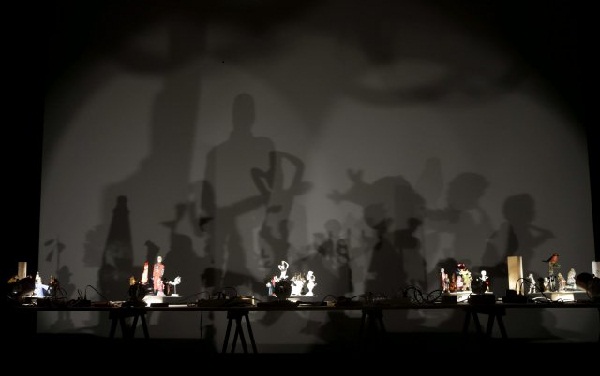 If you feel a persistent and irrational to speak, write or eat in public fear; experiences a constant concern and fears that others will see it as a rare or foolish person, plus palpitations, tremors and sweating are likely to have social phobia.

Enrique suffers from social phobia, is a university professor and president of AMTAES, the Spanish Mutual Aid Association against Social Phobia and Anxiety Disorders. It has been created a year ago to present to society the existence of this problem and the need to introduce measures to prevent and specialized and free counseling.

Facilitate interpersonal relationships through face meetings of the partners, is another objective of AMTAES, which currently has 168 members, with self-help groups active in Barcelona, Bilbao, Santander, Badajoz, Seville, Valencia, Alicante, Zaragoza and La Coruña.

This is the first national association of mutual aid against social phobia, a disorder of anxiety that occurs between 3 and 13% of the world population, according to data handled by Enrique, who for pedagogical reasons rather not give her full name and an interview with EFE Health has chosen to do it by mail.

Associated manifest, above all, loneliness have long felt not knowing or understanding what happened to them, to an indifferent family and social environment that treats them as shy or rare people without considering the need for therapeutic help.

“Too often they feel a fear of the future, both for work, since many of them have difficulties in accessing the labor market, as in the affective domain by the lack of social relationships needed to launch a common project partner”.

Questionnaires filled by the partners to register, there is a wide variety of cases, the most common: those who do not attend any therapy, undergoing treatment with anxiolytic and antidepressants, those who practice alternative therapies or relaxation psychoanalysis and those who are treated with currently seems more effective cognitive-behavioral therapy.

In all cases, social phobia involves serious difficulties in carrying out normal activities in the current, such as talking on the phone, attending a meeting, eating in public, going to a party organization…

The degree of inhibition at these social activities is what determines the intensity of social phobia, which in severe cases resulting in complete isolation from the environment and almost impossible to leave the house (extreme social phobia) and associated symptoms such as depression.

The causes of social phobia are unclear

According to Henry, the causes converges genetic factors, physiological nature, family and social interaction, without having so far established a clear prediction:

“It is very common to find a history of shyness or social inhibition in childhood, so prevention work from childhood to detect future problems of social phobia would primordial. But adolescence is a critical period because each person will be subjected to an evaluation process by the other members of their peer group and will have to establish their role and place in a different social system family.

However, social phobia can appear suddenly after a stressful or humiliating experience; however, more often than social phobia develops more slowly in response to various types of experiences. ”

Overprotective, demanding little or nothing loving parents, who do not support their children inhibited, using shame and “what will they think” as educational and disciplinary techniques, and even show negative attitude.

Lack of social experience and social skills, caused by factors such as inhibiting social relationships education (education is facilitated if a parent has an anxiety disorder or social anxiety disorder), isolating the child (provided by temperamental factors), isolation from family (favored by psychiatric problems in either parent).

Negative experiences in social situations (ridicule, contempt, ridicule, rejection, exclusion, intimidation, punishment and even panic attacks) which are interact with temperament and personality variables. These experiences can occur with different people (parents, teachers, peers) and in different situations and stages of life; childhood and adolescence may be especially important in this case.

Light at end of tunnel

“Those who suffer from social phobia are able to do many things, but the anxiety level is so high that you end up isolating yourself because it is unbearable.”

Paul, 34, a university graduate and employed for many years, has had the courage to access a telephone interview with us to tell their experience. Remember that small was very shy and just past puberty was aware that something was wrong.

This school day he lived like hell, “It was unbearable, a drama every day,” but only went to the doctor when he was finishing his university studies by the “brutal fear” I had to speak in public and socialize with others.

“You find yourself very lonely, you get stuck and get very nervous and others may even think you’re a bully.”

A new medication, taking since last December has made him seeing light at the end of the tunnel. Now get feel calmer in the nearest circles: some friends (always male) with his mother and brother, “whom he did not even looked them in the eye”.

At the current upswing, it has also contributed AMTAES the constitution, because it allowed him to meet with other people who also suffer from the same disease, and share with them their experiences.